@INTERNATIONAL CELEBRITY AWARDS IN PARIS, France This Event will kick off in the month of May 8th, 2022 featuring TOP HOLLYWOOD STARS IN PARIS.

Save date don’t miss out be there… This event will bring together over 5,000 citizens, friends and associates of Akwa Ibom State of Nigeria from all over the world to celebrate our rich cultural heritage and support our community development initiatives. During our August
event, your health and that of all attendees is of utmost importance to us. Granted many
individuals the world over will be vaccinated against COVID-19 by the time we meet, you can rest
assured that all COVID-19 protocols, as required by the United States Centers for Disease and
Control will be observed, nonetheless.
This year’s convention theme is “Shaping Our Future: Through Integration and Innovation”.
Living in a post-covid world, we must take advantage of the moment and come up with disruptive
ways to make a difference in the organization and the communities where we serve, both in the
United States and Akwa Ibom State, Nigeria. “Proper Preparation Prevents Poor Performance.”
We will therefore shape the future of AKISAN USA, and by extension, the people we serve, by
preparing and training our minds to think about Integration, Inspiration, and Innovation today.
The convention begins on Thursday, August 12th with the BOT Awards Night and Reception

by host chapter. On Friday, we will have a Business Summit, Business Meeting, and Cultural Night in
the evening. Our Cultural Night features all our delicacies and display of our culture. Cultural
night also features our Miss and Mr. AKISAN USA pageant. On Saturday, we plan to have
Breakout sessions, a Youth summit, Women’s summit, Sports competition, Townhall hosted by
the Akwa Ibom State Government, and our main event – the Fundraiser/banquet. This is where
we raise funds for our 2022 projects – scholarship to deserving students in the United States and
Akwa Ibom State, medical mission and our various vocational training programs (software and
web development, digital marketing, soap making, culinary arts, agrobusiness, make up and make up and fashion design).

We will conclude the convention with an End of Convention Thanksgiving Service on Sunday, August 14, 2022. She and di Nigerian actor don act plenti feems togeda like Native Girl, Fear The Street Girl I love, Where I belong, Trouble Comes to Town, and Secret of The Riches.

While some followers dey congratulate her, odas no happy wit di tori. 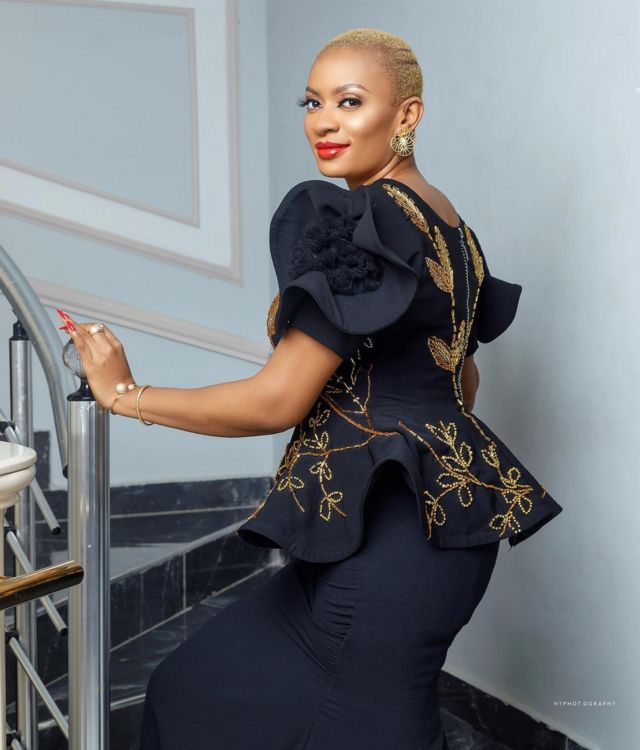 For one of im Instagram post last year di ogbonge Nigeria actor bin dey celebrate im wife.
For di post Yul tok as she take marry am wen im bin no get anything and how she dey give am happiness for im life.Di couple mark dia 17 years wedding anniversary last year.
According to her Instagram page of over 130k followers, May na entrepreneur.
As di tori comot on Wednesday, pipo for social media bin dey try find answer to why im “marry second wife”, abi na becos of pikin or male child?
But di fact be say,only Yul Edochie fit tok di reason why e marry Judy. May Yul-Edochie born four pikin dem wit her husband.
The children na three boys and one girl.
The only girl among dey bin get excellent result for her exams and Yul come social media come celebrate her.
She dey higher institution now. Yul dey always post pictures of im family for social media.

Who be Yul Edochie? Titled [No Remorse] ft. Venomoz Dropping Officially on the 5th of February 2022

This single will be his first hit of the year (prod by Venomoz) Stay Tune. Dropping on the 24th of December!!! Dropping on the 15th of December!!! Rave of the moment Peepzy pushing the boundaries with his hit collaboration, titled ”Amapiano Anthem”

Featuring top stars like Zillions, Mo6ix, Malli Pop they created something for the dance halls, According to speculations, Tiwa Savage reportedly lost 4 endorsement deals with Glo, Pampers, others over the recent sex tape scandal.

Popular Nigerian singer, Tiwa Savage may have lost some endorsements deals and have her public image damaged as she battles a scandal that has sparked controversy on social media.

On Wednesday, social media was agog, following the release of a sex tape allegedly involving the singer and her boyfriend.

Tiwa had earlier in an interview with American OAP, Angie Martinez of Power 105.1, raised the alarm that she was being blackmailed by an unknown person with a sex tape

She had expressed concerns about what the blackmailer could do with the clip even as she claimed that the video was accidentally posted on Snapchat by her lover, who immediately deleted it.

Although she maintained that she would not pay a dime to the blackmailer, Tiwa feared that the intimate clip could negatively affect her career and public image.

Some Nigerians who doubted the singer opined that the alleged sex tape ‘scandal was a publicity stunt for her now a released remix of ‘Somebody’s son” ft Brandy.

But Tiwa Savage stated that those saying it was a publicity stunt were merely disappointed that she was able to control the narrative and not allow the ‘blackmailer’ destroy her.

However, Tiwa’s alleged sex tape was eventually released. The blackmailer released the tape in the dead of Tuesday night and by morning, it had already taken over every gossip corner.

Fans were stunned when the singer’s intimate moment with her lover was seen. The girl in the sex tape had a striking resemblance to the ‘Koroba crooner, many argued.

With the social media space thrown into a fresh noise, Tiwa who seemed not bothered showed off the diamond-encrusted wristwatch she purchased.

Although it is not confirmed if the woman in the viral video is Tiwa Savage or if the released clip was that which the 41- year-old spoke of, the singer has remained mute on the issue.

Many have condemned the blackmailer for releasing the footage while others chide the songstress who is not a stranger to controversies for being careless.

Condemning the actions, some Nigerians said the clip was released because she bragged about ‘controlling the narrative’. IKAKE Abasi PAUL ETIM who is populary known as IKAKE ABASI PAUL was born  in uyo, Akwaibom state. He hails from Nkim I bio no, in I bio no ibom LGA in akwaibom state, Nigeria.
He is an undergraduate of university of uyo Akwaibom state. He started his music career at the age of 20. He got his inspiration from the powerful gospel singer
“Nathaniel Basset”from his two single title”I HAVE NO OTHER GOD BUT YOU AND SOMEONE KNOCKING AT THE DOOR”
Before the fast growing powerful gospel minister GUC came out with “ALL THAT MATTERS”.
IKAKEABASI PAUL is a multi-genre gospel music minister based in Akwaibom but has crossed its borders spreading the life transforming gospel through music.
IKAKEABASI PAUL’s ministry started in Akwaibom.
He began his music ministry alongside with his friend– Ndanti Sylvester. IKAKEABASI PAUL ministry can be likened to that of GUC and it is focused on revival.
Ikake Abasi has ministered in major gospel event all over the state in Nigeria.

Listen to music by Ikake Abasi Udo Jerry is from Essien Udim L.G.A Though in recent time much has been coming from him, the self acclaimed “Lyrical Amplifier” debuted with a dope freestyle on Da Suspekt’s “Song Idem” mix tape, Udo JerryEk . Trust it was a massive hit which got backed up with “Flows” where he lyrically allowed his versatility flow…“with  hot single  like “Money (Akuk)” We cant wait to hear more from the rapper As he official Announced he will be dropping his debut single and Video of the year 2021 , he mentioned to ibomhitjamz media crew on an interview that his new single tittled “SHOUT UP”  was Produced by Akwa Ibom Finest Ace Producer Feelingz Mbu. Wait for this hit #Anticipate which speaks of the reality of daily life and challenges of youth with a need to keep head above water,

waking up to facing the reality of the responsibility to family and society.

He creatively explores the nature of diverse sounds, resulting in an enrichment of the dance properties of the song,

Strategybeat is a Nigerian Multi talented Award winning record producer based in Calabar. Four artistes will face each other which only two of them will qualify for the next phase which is the semi-final.

Who will make the next round is what we want you to decide? Note: type correctly the name of the artistes you’re voting as it is written above to qualify the artiste. ☝

You Can Only Vote For Two Out Of These Four Artistes, Who Are You Voting? Nigerian record producer Tenny Mix best known as one of the best music producer in the city of Uyo, Akwa Ibom State.

Tenny Mix has produced Popular songs for Top Artiste and fast raising Artiste in the state capital Uyo, over the years. Gee micqueen is an afro singer out to put smiles on faces with a cloud nine tune. Expect more hits and danceable songs from me as I storm the music industry positively. Sensational singer, Seyi Shay has once again broken the internet with racy photos of herself.

The “Tuale” singer took to her Instagram page where she shared a photo of herself posing on her bed with no clothes on and her butt on full display. She capti0ned the photo: “Good sex, No stress, One Boo, NO EX, small circles, Big Cheques” ?” Recall that in 2020, the singer’s nudes surfaced on the internet but she claimed that she was hacked and later launched another account. Since then, the singer has been sharing photos of herself scantly clad but this latest one was without clothes leaving nothing in the imaginations of fans.

See the photos below